A recent opinion piece in the New York Times called for new government investment in high-speed Internet connectivity to help jumpstart the economy once the COVID-19 pandemic has subsided. Written by Thomas Friedman, the article was noteworthy not only because it cited one of the applications from our Smart Gigabit Communities network (Poultry Patrol), but also because it championed specific federal funding initiatives for broadband expansion. Friedman touted the benefits of broadband for innovation and rural productivity, and he highlighted a call for a new federal loan program to make it easier for communities to deploy fiber in rural areas.

There is a further layer to this story, however. While Friedman talked about future government investment, he didn’t draw the line between existing public investment in broadband and some of the community successes already underway today.

In fact, the Poultry Patrol application is itself an example of innovation driven in part by government investment.

The National Science Foundation – a federal agency – has invested millions through its Smart and Connected Communities program over the last several years. US Ignite’s Smart Gigabit Communities project is one such investment, and it’s aimed at bringing communities together to develop applications and services enabled by the widespread deployment of high-capacity, low-latency broadband networks. These innovations help communities solve problems, add jobs, feed economic growth, and improve quality of life.

Here are just a few examples of successful applications to date. 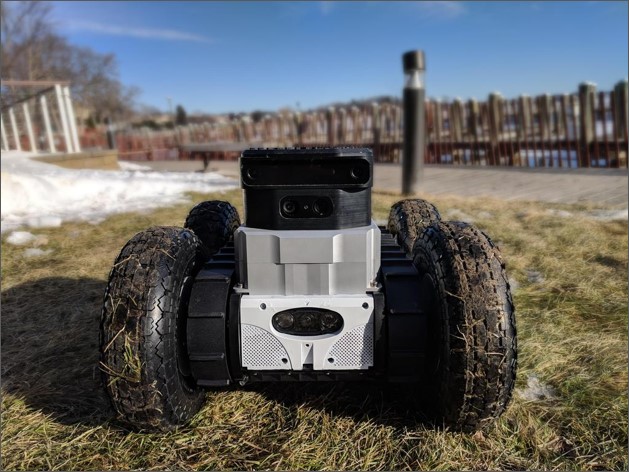 Poultry Patrol was created by Jack Kilian to make it easier and more efficient to monitor poultry farms for dead birds  with the combination of a remote-control robot and advanced video analytics. Not only does this limit the amount of human intervention needed, but the robot also causes the birds to run around more, making them healthier and more productive for farmers. Kilian was the winner of a reverse pitch competition focused on agricultural tech that was hosted by Red Wing Ignite as part of the Smart Gigabit Communities project. Kilian received funding and mentoring support for further application development.

In the energy management category, another application competition winner in Kansas City received support and funding for the development of a collaborative application that helps builders create models for environmentally sustainable design. PlanIT Impact is a startup company that was part of a cohort of winners in 2018, and it uses big data as the foundation for a dynamic city planning platform. As a startup company, PlanIT Impact is led by founder and CEO Dominique Davison.

These applications and many others show how investment in connected communities can be a catalyst for not only fundamental research, but also new civic services and commercial products. This is something the National Science Foundation has known for years, and it’s why the agency has funded many of the projects in its portfolio.

It’s also worth noting that while NSF funding helped launch US Ignite’s Smart Gigabit Communities project, the project is now sustainable because local governments, nonprofits, and private companies are investing their own money and effort. And it’s scalable because applications built on broadband can be shared everywhere.