The smallest US Ignite Smart Gigabit Community has done it again. After Red Wing Ignite attracted region-wide support, it adopted the name Minnesota Ignite and created its own Ag Tech Challenge in 2018. Now, a winner of that challenge – Poultry Patrol – is one of 21 teams globally competing for a half-million dollar prize from the Foundation for Food and Agriculture Research and the McDonald’s Corporation. 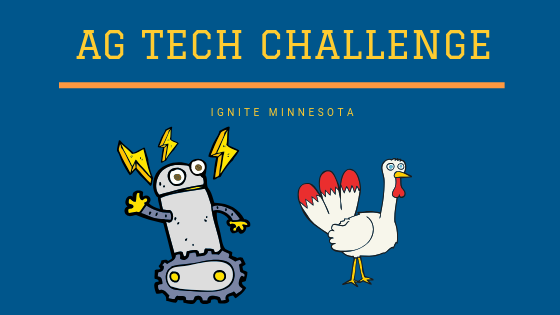 Poultry Patrol is a robot that walks the barns of turkeys or chickens looking for any problems that require need the farmer’s attention. Since the barns are biosecure, this previously meant a farm hand would have to change clothes and shoes before and after inspecting the barns several times per day. Now, Poultry Patrol can do this and collect information automatically. The Poultry Patrol is the brainchild of Jack Kilian, University of Minnesota Twin Cities electrical engineering master’s student. Minnesota produces more turkeys than any other state.

Ignite Minnesota is a program of Red Wing Ignite, one of the inaugural Smart Gigabit Communities. Its programs like the Ag Tech Cup are crafted by community leader Neela Mollgaard and her team.

Poultry Patrol will go on to the global competition in November 2019 to compete for the half-million dollar prize.

Notably, that’s not the only good news for the region this month. Red Wing Ignite also won an Economic Development Administration i6 Challenge grant in July for $750,000. That money, plus $940,602 in matching funds and support from local organizations will go toward advancing innovators and entrepreneurs like Poultry Patrol by creating a hybrid incubator using virtual and in-person education. Big congratulations to the Red Wing Ignite team.