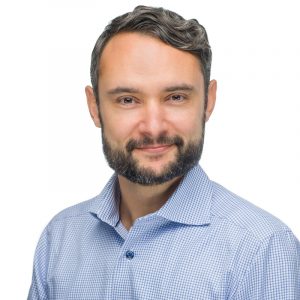 Nick Maynard serves as the Co-founder and  CEO of US Ignite, where he is responsible for leading the organization in its mission to accelerate the smart community movement and to strengthen public-private partnership programs to drive smarter community development and advance key network and sensor-based technologies. In his previous role as COO, Maynard was instrumental in building out US Ignite’s smart community program and in establishing the Smart Bases program.

Prior to US Ignite, Nick was a Program Director at the National Science Foundation, where he launched a national advanced wireless research. He was also the Assistant Director at the White House Office of Science and Technology Policy, where he managed federal IT R&D portfolio, launching more than $1B in new programs, including a photonics foundry as well as the President’s ConnectHome program to bring broadband to underserved students. Previously, Nick was a member of the National Broadband Taskforce at the FCC, where he created a public-private partnership to offer technology training to small businesses in low-income communities. Nick also spent ten years in the telecom industry, consulting with leading global carriers and vendors on next-gen networks and services. Nick received his BA and MA from the University of Chicago and a Public Policy PhD from the University of North Carolina at Chapel Hill. 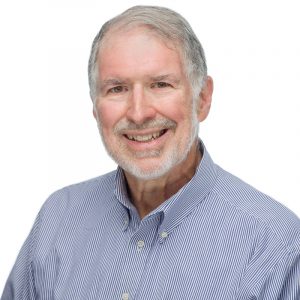 Glenn Ricart brings experience in innovation from academia, federal agencies, and large and small corporate experiences. Glenn is an Internet pioneer who implemented the first Inter-net interconnection point (the FIX in College Park, Maryland) and was recognized for this achievement by being inducted into the Internet Hall of Fame in August 2013. In one of his previous roles where he was academic CIO at the University of Maryland, his campus implemented the first institution-wide TCP/IP (Internet) network in 1983 using low-cost PDP-11 routers (“Fuzballs”) with software devised at the University of Maryland. Glenn was the principal investigator of SURAnet, the first regional TCP/IP (Internet) network of academic and commercial institutions.

Dr. Ricart has also held other senior management positions including Executive Vice President and CTO for Novell in the 1990s, Managing Director of PricewaterhouseCoopers, and CEO and President of National LambdaRail. Dr. Ricart is also the founder or co-founder of five startups; the one previous to US Ignite, CenterBeam, was sold to Earthlink in 2013 after 14 years of independent operation.

Glenn’s formal education includes degrees from Case Institute of Technology and Case Western Reserve University, and his Ph.D. in Computer Science is from the University of Maryland, College Park. His inventions have resulted in more than a dozen patents. Dr. Ricart has served on the boards of three public companies, CACI, the SCO Organization, and First USA Financial Services, in addition to numerous non-profits. 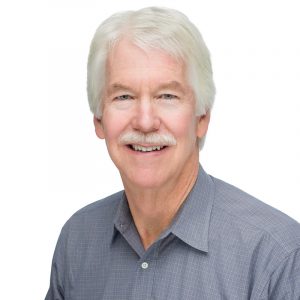 William Wallace is Chairman of the Board of Directors and brings to US Ignite more than 30 years of experience in the telecommunications industry, most recently as co-founder of DigitalBridge Communications (DBC), a venture-backed startup dedicated to bringing 4G broadband wireless services to underserved portions of the U.S.

Prior to DBC, Mr. Wallace was co-founder and CEO of OnePoint Communications, which was purchased by Verizon Communications in 2000. OnePoint and its successor company, Verizon Avenue, provide bundled communications services to concentrated communities nationwide, including apartment communities, military bases, and rural areas.

Previously, he served as head of the Telecommunications practice and Chief Operating Officer for Gemini Consulting, a wholly-owned subsidiary of the Cap Gemini Sogeti group. In that role, he led teams that developed strategies and improved operations for many of the world’s largest carriers.

Mr. Wallace received an AB degree in Government and Economics from Harvard College and an MBA from Harvard Business School. 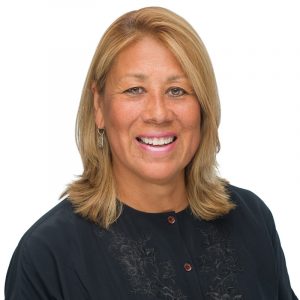 Nancy Jemison serves as US Ignite’s CFO and offers 30+ years of private sector and Federal program management expertise to US Ignite.

As a senior project manager, she served as the lead analyst and author of a $1 billion information technology infrastructure modernization project for Immigrations and Customs Enforcement; a $550 million Customs and Border Protection investment; a $250 million investment for Detention and Removals Operation, and she managed the Department of Interior trust management improvement projects. She has also trained more than 2,000 Federal employees and contractors on project management, financial analysis, performance measurement, earned value management, and contracting. As a former CFO and CIO at the Bureau of Indian Affairs, she has hands-on experience in managing nation-wide IT, budget, accounting, procurement and administrative operations in a $2.2 billion federal agency.

Nancy majored in Education and Economics at Dartmouth College and earned an MBA at the Stanford Graduate School of Business. She is a member of the Seneca Nation of Indians. 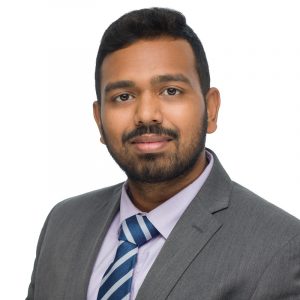 Praveen serves as the Smart Cities Big Data Program Manager at US Ignite and brings with him a strong experience in technology, operations & project/program management working across the private, government, academic, utilities and not-for-profit sectors. At US Ignite, he works with cities and industries to create a unified, robust framework for open data platforms to facilitate ease in data sharing.

Prior to US-Ignite, Praveen was a Technology & Innovation fellow at the New York City Mayor’s Office of Technology & Innovation where he worked along with the CTO of NYC in formulating the region’s smart city strategies and IOT guidelines, and participated in breakthrough innovative projects such as framing architecture to map IOT devices using device fingerprinting.

From 2016 to 2018 he was a lead researcher working on a Con-Edison grant to pre-emptively detect leaks in gas distribution using artificial intelligence and machine learning. He also co-taught classes to graduate & undergraduate students at the Urban Infrastructure Institute at New York University.

Praveen holds a master’s degree in Urban Systems from New York University and was commended as a Graduate Scholar. 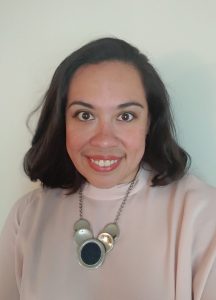 Lizzette Arias serves as the communications manager at US Ignite. She brings her passion for developing strategic, clear, and inspiring communications to the organization. Over the past 10 years, Arias has worked exclusively in the nonprofit sphere and developed the skills and expertise needed to execute successful project and communications plans.

Previously Arias served as the Executive Director of the Dream Project, a nonprofit organization focused on helping low-income Virginia immigrant students go to college. Currently, she sits on the Board of Directors of The Arlington Committee of 100, and The Child & Family Network Centers.

Arias majored in history and sociology at Moravian College and earned an MBA from Villanova University. 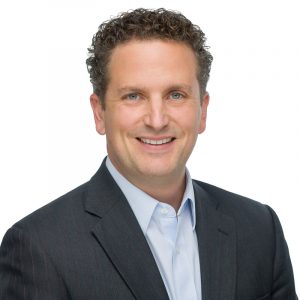 Lee Davenport is the Director of Community Development for US Ignite where he leads the Smart Gigabit Communities program and serves as Project Director for Project OVERCOME. For 20 years, he has worked with national nonprofit organizations, large corporations, federal agencies, and local governments to create and deliver technology-informed economic empowerment strategies to communities nationwide. He has expertise in program design, multi-partner program development, communications, implementation, and evaluation strategies. Before joining US Ignite, Lee founded a successful consultancy delivering strategy and operational leadership for nonprofits and private sector agencies delivering consumer technology to low-income communities. Prior to that, he served as Vice President, Programs at One Economy Corporation leading a national effort for digital literacy and broadband adoption.

Lee is active on the Board of Directors at Capital Area Asset Builders (www.caab.org), a regional financial empowerment nonprofit organization, where he has served as President of the Board for four years. Lee has a Bachelor of Arts in Psychology from the University of Texas at Austin and a Master of Science in Urban Policy/Nonprofit Management from the New School for Public Engagement in New York City. 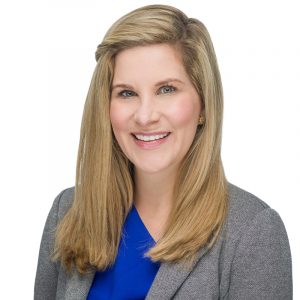 Meghan Histand, Director of Program Operations at US Ignite, is a client and program focused professional offering more than nine years of experience in program development and management for the Federal government and private corporations. Meghan possesses an aptitude for analytical thinking and experience with in-house and external consulting, project management, strategy formulation, data analytics, performance management, and business process redesign (BPR).

Meghan is passionate about ensuring operational activities are appropriately aligned with strategic, programmatic, and financial goals. Prior to joining the US Ignite team, Meghan led a team in activities involved with the oversight, monitoring, and administration of nationwide grants totaling nearly $500M for a Federal agency.

Meghan majored in Accounting and Economics at James Madison University and earned an MS in Business Analytics at Indiana University’s Kelley School of Business. 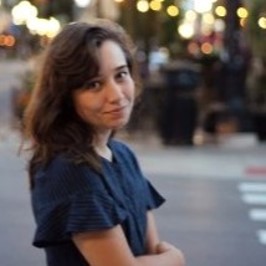 Sophie Jantz is a Technical Project Manager for US Ignite. She brings policy and urban planning experience to the team. Prior to joining US Ignite, Sophie worked as a technology policy analyst at the John A Volpe National Transportation Systems Center, where she helped shape national policy on autonomous vehicles as well as spearheaded the technology maturity assessment program for USDOT’s Small Business Innovation Research program. For her graduate school capstone, she conducted field research and helped to develop a community-driven framework focused on alleviating environmental degradation and securing housing tenure for an informal land occupation in São Paulo, Brazil. Sophie received her Bachelor of Arts in economics and Master of Urban and Regional Planning from the University of Michigan, where she was named a Taubman Scholar. 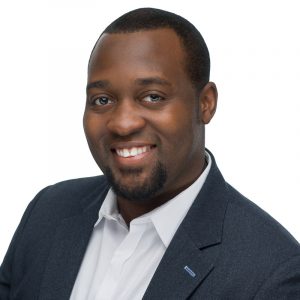 Arnold Liyai is a Program Manager for US ignite where his responsibilities cut across several programs: US Ignite Forum, where he works with the team on developing workshops around the country and creating playbook materials; CloudLab, where he serves as an evangelist; and a new partnership program with Knight Foundation focused on building funding tools for smart cities.

Prior to joining US Ignite, Arnold worked as an associate with Smart City Works, an infrastructure actuator working with architecture, engineering and construction startups based in Reston, Virginia. He spent several years working in the IT industry in Kenya with Microsoft East and Southern Africa, where he held different positions including distributor operations, anti-piracy and local government engagement. Arnold received his Bachelor’s degree from the University of Nairobi, Kenya, and his Master’s degree in Urban and Regional Planning from Virginia Tech, where he focused on Urban Planning and Economic Development. 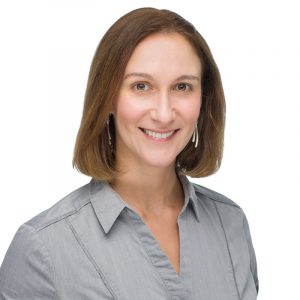 Mari Silbey is Senior Director of Partnerships and Outreach for US Ignite, and Program Director for the Platforms for Advanced Wireless Research (PAWR) program, a $100 million initiative funded by the National Science Foundation and a consortium of more than 30 wireless companies and associations. In her time at US Ignite, she has helped launch several public-private partnership programs, convened smart city workshops with local leaders around the country, and created content – playbooks, podcasts, and videos – to promote community and connectivity best practices.

Mari has nearly two decades of experience in the telecom industry. Prior to joining US Ignite, she spent several years as a journalist covering broadband infrastructure. Her telecom and cable roots go back further through work as an independent writer and analyst with both analyst firms and several private-sector companies including Limelight Networks and Motorola before its acquisition (and later sell-off) by Google.

A graduate of Duke University, Mari lives just outside of Washington, D.C. 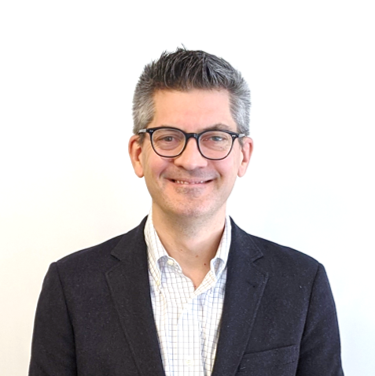 Eric Werner is the Director of Autonomous Vehicle Programs at US Ignite.  Over his career he has worked at multiple automotive OEMs, the Department of Energy, and the Department of Defense advancing renewable energy, transportation electrification and the latest automotive technologies.  Eric is looking forward to leveraging his experience to integrate autonomous vehicles into US Ignite’s smart city movement.

Eric received a Bachelor of Science in Engineering degree from the University of Iowa and went on to earn a Masters in Automotive Engineering from Kettering University.