North Carolina Is On a Broadband Mission.

It’s a bird, it’s a plane! It’s a drone – and a drone app – in Wilson, North Carolina being tested for streaming footage of accident scenes, natural disaster sites, and more. The app, created by Triangle UAS, adds security and hardware interoperability to a streaming platform that was built for more mainstream consumer use. For more details, read the Drone-Supported Emergency Management app listing.

See spotlight video above on public safety applications including the drone project developed out of Wilson, NC 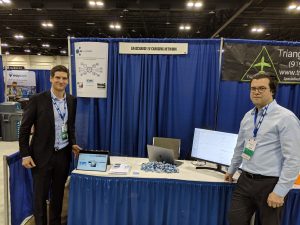 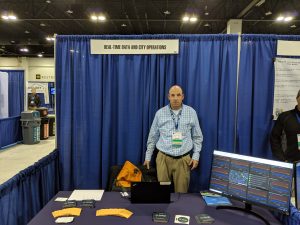 North Carolina Is on a Broadband Mission.

A team of researchers from Wake Forest Baptist Medical Center’s neurology department presenting in 4K resolution at a medical conference across the country. Raleigh firefighters responding to an emergency call, navigating their way with a GPS that never fails. A high school junior in the UNC Scholars’ Latino Initiative program video chatting with her new mentor who lives hundreds of miles away. With the best internet bandwidth at highly affordable prices, it’s all happening in North Carolina—and it’s happening fast.

The Research Triangle (comprised of Raleigh, Durham, and Chapel Hill) has always been a hub for experimentation, leading North Carolina and the nation as a whole in tech development, while the Piedmont region (which includes Winston-Salem, Carrboro, and Cary) boasts an impressive reputation as a southeastern epicenter of manufacturing, transportation, and culture. So what happens when municipalities, universities, and businesses from these two areas team up in a public-private partnership? The North Carolina Next Generation Networks (NCNGN) – A phenomenon of innovation with the power to drive the future of connectivity in North Carolina.

To form the partnership, the cities of Raleigh, Durham, Chapel Hill, Winston-Salem, Carrboro, and Cary came together along with Duke University, UNC Chapel Hill, NC State, and Wake Forest University to encourage the delivery of fast and affordable bandwidth from corporate providers. Now, both ATT and Google are getting in on the deal—deploying gigabit services (meaning super-fast internet) for businesses and residents, delivering speeds that are often 100 times faster than average. And that’s not all—thanks to competition between these providers, consumers enjoy lower prices even if they subscribe to slower bandwidth speeds.

And this level of speed isn’t just a boon for consumer use, but civic participation as well. In March 2017 over 300 people across the state came together via simulcast for a reverse pitch event. In partnership with New City Ventures and RIoT, the event kicked off a statewide competition to create transformative, problem-solving applications that leverage ultra-high speed, low latency fiber networks. IBM joined to offer $480,000 in tools and support as additional prizes for pitch finalists and winners.

Events like this aren’t just exercises in self-congratulation—they result in applications like the 3D City Based Maps initiative spearheaded by NCNGN. Through this app, a drone service provides frequently updated geospatial imagery for use in mapping projects to ensure area maps are more accurate, up-to-date, and detailed than ever before.

And that’s far from the only application currently in development in North Carolina. Thanks to organizations like NCNGN, the state is poised to remain at the forefront of developing the next-generation applications that will enhance economic opportunity, government service, and quality of life for all Americans.