Creative Oasis? Cultural Melting Pot? Networking Nexus? All of the Above.

Led by a team of researchers and graphic artists, Kvasir-VR develops educational networked virtual reality technology and brings it to schools, working with students to integrate their own VR scenes as well. Students wearing VR headsets are guided through virtual field trips, which utilizes live imagery from a 3D camera (Kinect V2) to render a live instructor in the VR environment in real-time to interact with students and create an immersive experience. High school groups can also gain VR design experience by creating their own virtual reality scenes, viewed through Kvasir-VR. In 2017, the team won the Best Research Demo award at the IEEE Virtual Reality 2017 Conference. 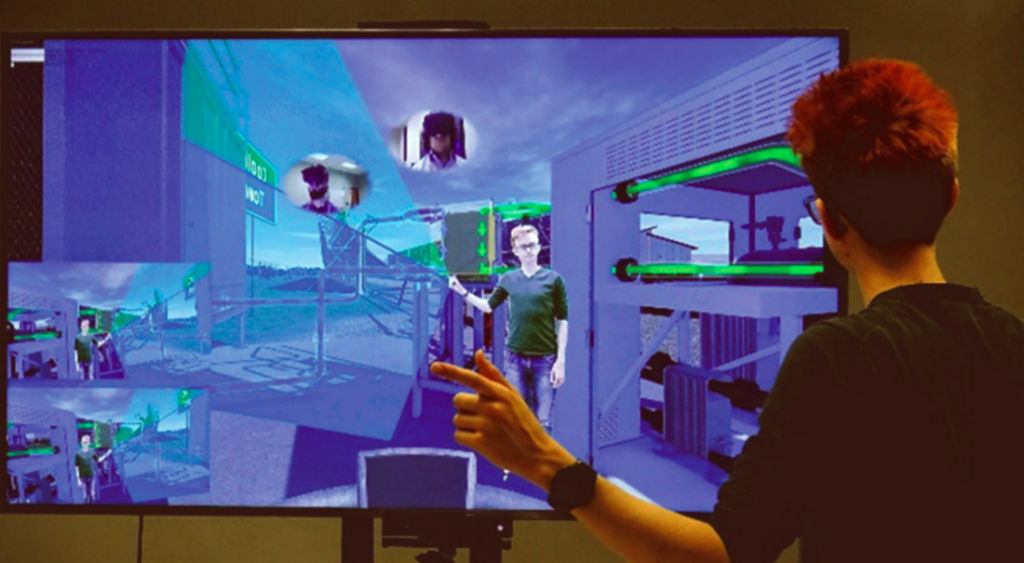 Creative Oasis? Cultural Melting Pot? Networking Nexus? All of the Above.

Lafayette, once simply considered an economically underdeveloped agricultural territory, is today a national success story, boasting its own public university (the state’s second largest) and its own utility system. And with a municipal-owned fiber network, bolstered by smart grids and local government upgrades, Lafayette is now working with US Ignite to set a shining example for prospective smart cities everywhere.

LUS Fiber, Lafayette’s community owned telecommunications system, currently brings 10 Gigs of data to homeowners via the first-ever municipal Fiber-To-The-Home (FTTH) system serving an entire community in Louisiana. Members of the local Smart Gigabit Community team wasted no time determining how this network might be put to work for the good of Lafayette residents: Can it help diversify the energy services workforce and promote a technological economy? Can it improve K-12 education with a focus on impoverished and minority populations? Can it solve municipal infrastructure challenges that tax revenue alone can’t fully address?

If the incredible progress of the local projects harnessing the available gigabit infrastructure is any indication, the answer is “yes to all.” CrisisEye, an application that provides law enforcement and first responders guaranteed bandwidth for communications, promises to save time and money while increasing efficiency for organizations that deal with emergency situations. LEaRN, a platform for students and researchers to deploy and test IoT devices, has already established an extensible IoT network in the community.

Initiatives like these are thriving thanks to the Smart Gigabit Community team’s efforts to spark collaboration and creative thinking. The team supports and promotes regular meetups, an annual showcase of technology co-hosted by UL Lafayette and Mozilla, and the CajunCodeFest hackathon, open to all students and professionals and featuring a different theme each year revolving around healthcare innovation.

In the short-term, these efforts will help achieve continued execution of gigabit projects. In the long-term, newly proposed initiatives backed by encouraged stakeholders are poised to make a major impact: for example, the city is currently planning to leverage its gigabit infrastructure to support a host of blockchain initiatives.

“I envision that we’re going to continue down the entrepreneurial path because we’ve been given the foundation to lead,” says Mayor Joel Robideaux. Indeed, with the foundation of a gigabit infrastructure, anything is possible!