THE BEATS X BROADBAND EVENT WILL STREAM LIVE ON THURSDAY, FEBRUARY 25 AT 4:00 PM

After a year of pandemic-driven Zoom calls, you’ve probably had the experience of celebrating a birthday on screen where everyone tries to sing Happy Birthday at the same time. It’s not great. For as much as Internet service has improved over the years, the latency of a typical consumer network connection still makes it impossible to sing or play music in concert online. Latency, or a lag in response time, is also what’s hampering the rollout of full-featured virtual and augmented reality applications, and sophisticated real-time decision-making in systems designed to connect digital infrastructure to cars and other independent machines.

To solve the latency problem, leaders from the community makerspace Factory Two in Flint, Michigan are working with an application called LoLa to host a first-of-its-kind hip hop masterclass for students in the city this week. The event, Beats x Broadband, will connect musicians led by event curator Brandon Corder at Factory Two to students at the Flint Cultural Center Academy. The LoLa technology will make it possible for students to interact in real time and participate in the musical experience without ever setting foot in the cross-town studio at Factory Two. (See press release.)

“At the Cultural Center Academy they’ll have a projector, microphones, and speakers so that students can see and hear everything that’s happening here at Factory Two. We’ll have a projector as well and be able to see the students there… This technology hasn’t been used for Hip Hop music ever before in the world, so we are pretty excited to use it first in Flint, Michigan,” said Corder. 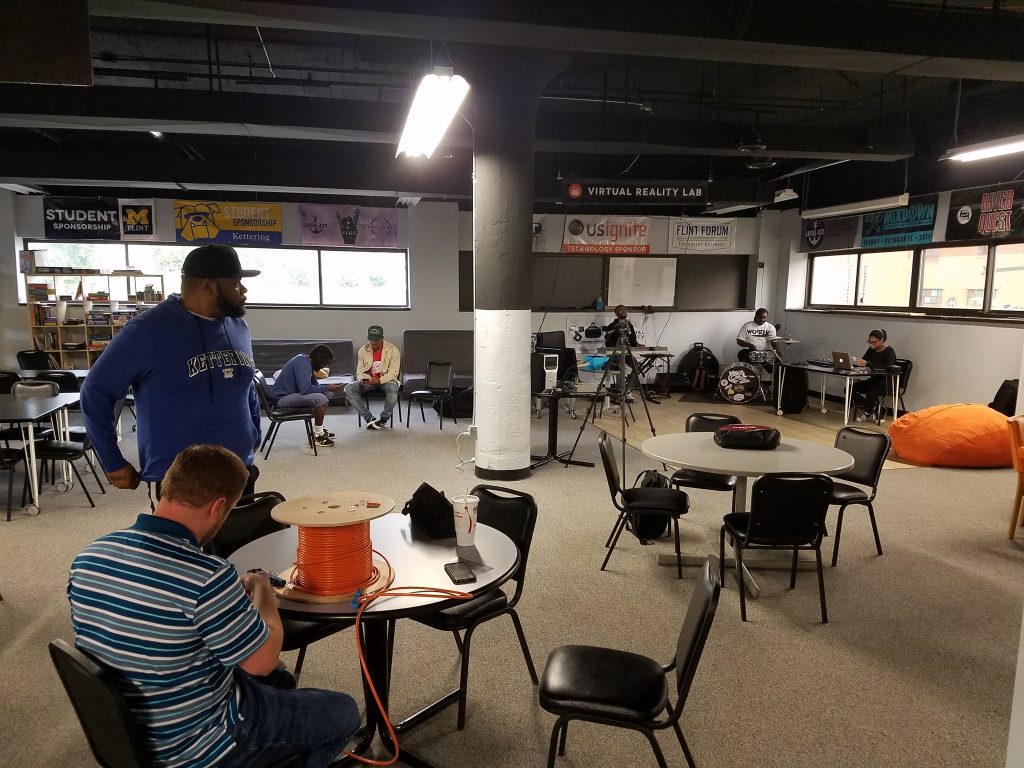 Corder and musicians at an earlier Flint event

LoLa is a technology that was developed in Italy by Conservatorio di Musica Giuseppe Tartini and later popularized in the U.S. by nonprofit Internet2. It’s been around for years, but never have the benefits of the technology been as clear as they’ve been over the past year in a global pandemic. Music education and artistic collaboration have suffered as people have locked down to avoid spreading COVID-19. With high-capacity, low-latency networks, that wouldn’t be necessary, and interactive musicmaking could continue without putting anyone’s health at risk.

The pandemic has certainly emphasized the importance of broadband connections, but unfortunately the recognition comes because so many people are lacking the connectivity they need. While the Beats x Broadband event also points out what’s missing from today’s network infrastructure, it shines a more hopeful light on the situation too. There is so much that’s possible with more advanced networks, and we’ve only begun to imagine what the future may hold.