The more we talk to communities about how they use data, the more we’re discovering not only interesting use cases, but also new ways cities are visualizing civic data. We’ve collected five examples below. The first three are featured in our newest Forum Smart City Big Data playbook, which will go live in early September. (See library of playbooks here) The last two are culled from city open data portals, many of which now offer multiple visualization options for a variety of data sets. 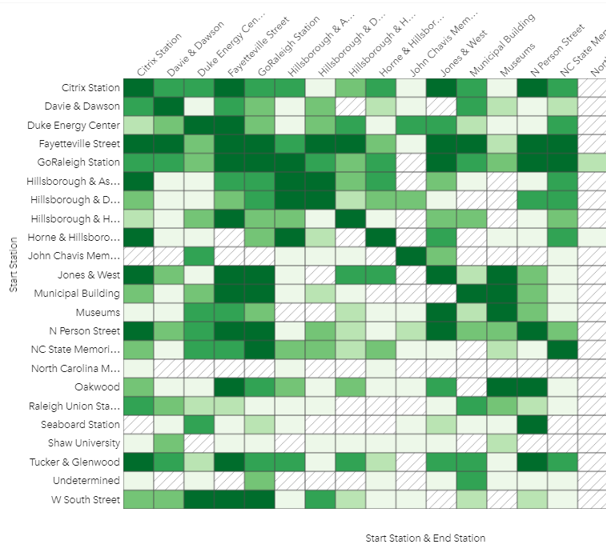 The explosion of rideshare, bike, and scooter options in many metropolitan areas has also led to an abundance of new location data. By analyzing aggregate trends, communities can determine where people most often begin and end trips in a region, and therefore whether resources are being invested appropriately in those areas. The city of Raleigh, North Carolina has created data visualizations from this information and can now easily pinpoint what routes and individual locations are most popular locally. 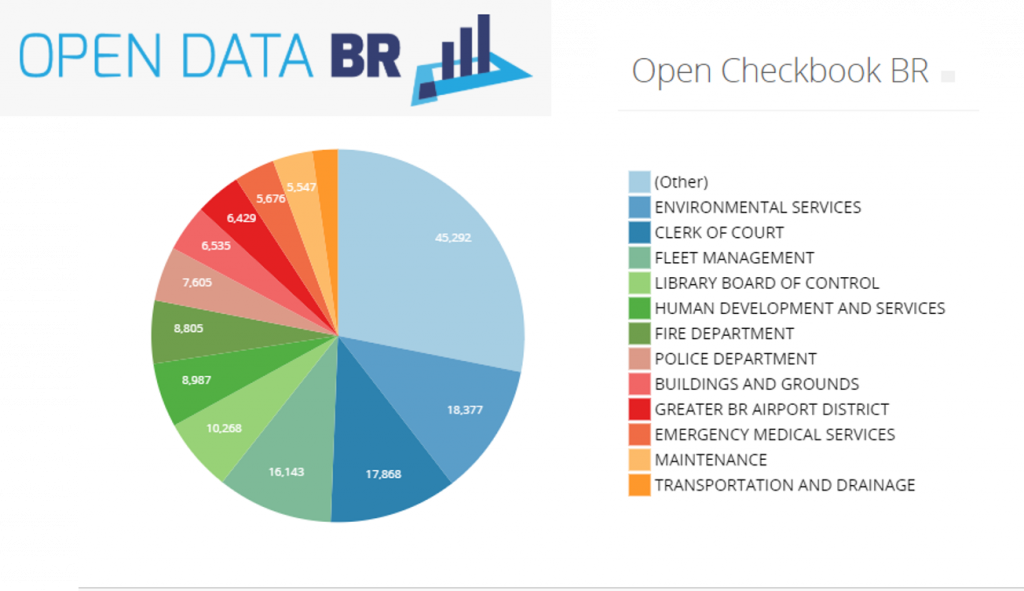 It’s often difficult for the public to get an accurate view of how government money is spent, but the city of Baton Rouge, Louisiana is working to bring more transparency to the issue. With an application called Open Checkbook BR, the city now publishes government expenditures by department with details that include vendor name, amount charged, status of invoice, and more. The database is searchable, and the application includes tools for creating visual charts and graphs of the data so that citizens can better understand how their tax dollars are put to work. 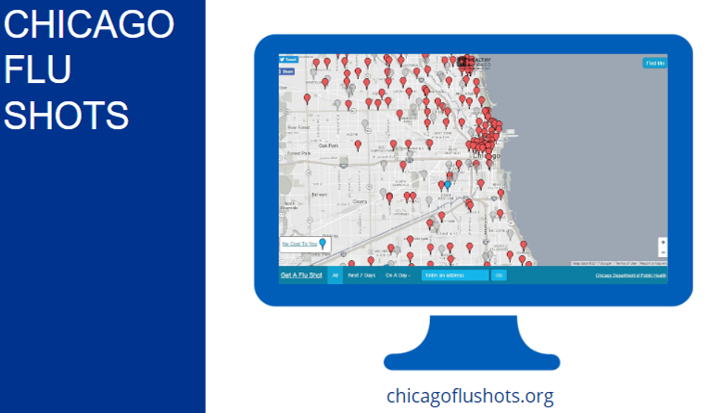 Chicago keeps a record of where citizens can get free or low-cost flu shots, which it now publishes on the city’s open data portal. When officials started an Open Gov Hack Night, participants created an open source app to read the information from the portal and provide data to citizens on the closest flu shot locations to them. The open source code was later also adopted by the cities of Boston, Philadelphia, and San Francisco. Chicago advised those cities how to publish their flu shot data so the code could be used in a similar fashion. 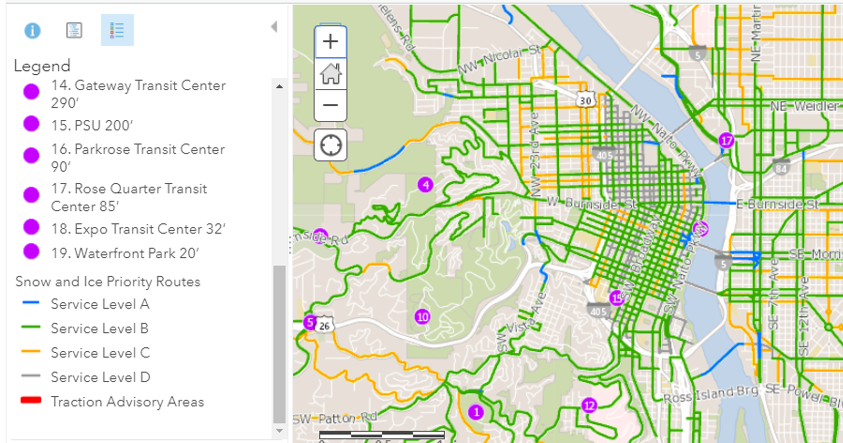 The city of Portland, Oregon makes a lot of map data available to the public on its PortlandMaps Open Data site, but for users who don’t want to deal with spreadsheets and shapefiles, the city also offers a gallery of existing map visualizations. Among them is this map of priority routes for snow and ice removal. 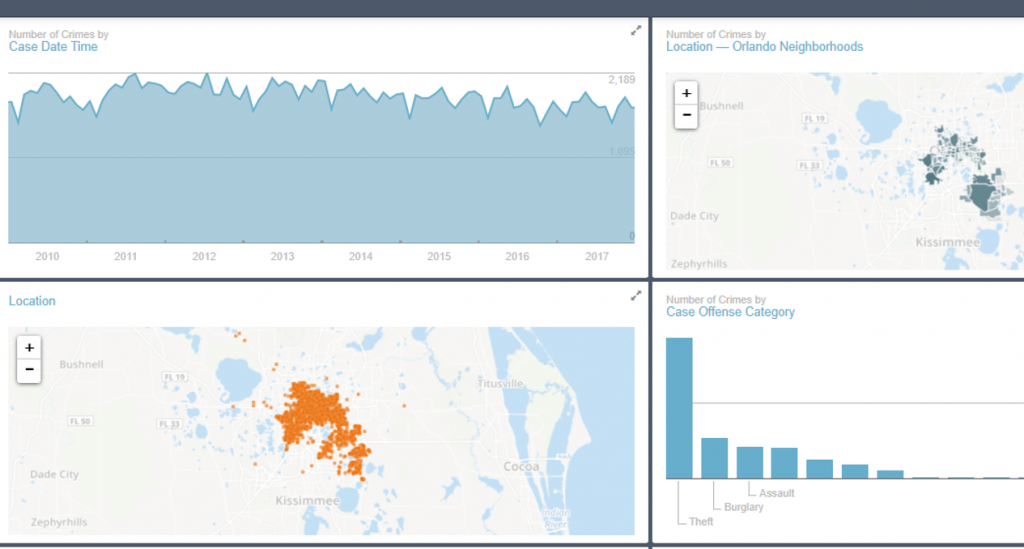 In Orlando, Florida, the city not only has an extensive catalog of data sets and tools for analysis, it also sorts select data by data lens. Orlando’s crime data lens highlights different features of its crime records in a series of visualizations depicting variables like time, location, volume, and type of offense.