US Ignite is pleased to announce Vaughan, Canada is joining the Smart Gigabit Community Club.  Vaughan is just north of Toronto and is the 17th-largest city in Canada by population; it was Canada’s fastest growing between 1996 and 2006.  With the announcement of Vaughan joining the US Ignite Smart Gigabit Communities (SGC) program, there are now two communities outside the United States (the other is Adelaide, Australia), and it’s clear that SGC is officially an international effort.

Glenn Ricart, Principal Investigator (PI) for the SGC effort, notes that “Vaughan is a great selection for us because they are committed to smart city success.  For example, the new Mackenzie Vaughan Hospital will be Canada’s first smart hospital and feature fully integrated “smart” technology systems and medical devices.  That makes it a great complement to our other SGC communities.”

The smart community leadership at Vaughan starts at the top with Mayor Maurizio Bevilacqua.  He points out that: 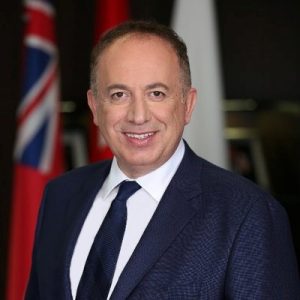 “ … the City of Vaughan has now become the first Canadian municipality to have a seat at the table with this global working group. This new partnership will help Vaughan press ahead with our focused efforts to embrace the transformational benefits of Smart City technology and initiatives. Our shared efforts will turn challenges into opportunities by improving the way data is collected, understood and utilized to safeguard and elevate the quality of life for citizens and to enhance the delivery of public services people and businesses rely on each day.”

Vaughan began its smart community journey in 2016 by becoming the second municipality in Canada to be platinum certified under the International Standards Organization (ISO) 37122 (Sustainable cities and communities).  In 2018, Council established the Mayor’s Smart City Advisory Task Force. The group included citizens and accomplished professionals with extensive experience from industries such as healthcare, financial services and environmental sustainability. 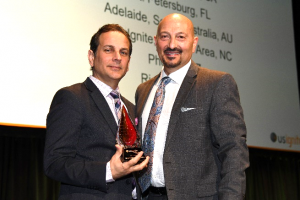 Based on the Task Force Report, on March 19, 2019 the Vaughan City Council endorsed a resolution introduced by Mayor Bevilacqua to join the US Ignite SGC program.  Frank DiPalma, CIO and SGC community leader for Vaughan and Deputy City Manager Nick Spensieri were present at the Denver US Ignite Applications Summit to be recognized as a new SGC community.  An MOU signing ceremony will take place at the May 1 Council meeting, including a staff presentation about the City’s participation in the Summit.

The Task Force becomes the Vaughan SGC Steering Committee, and the Mayor has requested an update on their report that will form the basis for Vaughan’s SGC agenda.

Vaughan has also been active in Canadian-based smart city activities. The work undertaken by the task force led to a comprehensive submission for the City’s participation in the Government of Canada’s Smart Cities Challenge. The submission calls for the use of Smart City technology to create a Digital Garden. The Digital Garden concept is about breaking down barriers, improving social cohesion and enhancing engagement and civic participation through the creation of community kiosks, known as Local Gardens. Kiosks would include Internet of things (IoT) sensors to gather data on traffic, parking and air quality; provide administrative City procedures, such as online payments and digital deputations; and offer a one-stop shop for government services, including Service Ontario offerings, among other innovative amenities.