The city of Cary, North Carolina created a test lab on its municipal campus back in 2017 with the goal of testing out smart city technologies before full-scale deployment. The city has trialed smart parking, connected streetlights, and even a new pest control solution. Along the way, Cary CIO Nicole Raimundo says the city has learned a few things.

“We learned everybody loves a dashboard, right?… [But with a dashboard,] what did we just do? We just siloed a bunch more data.” 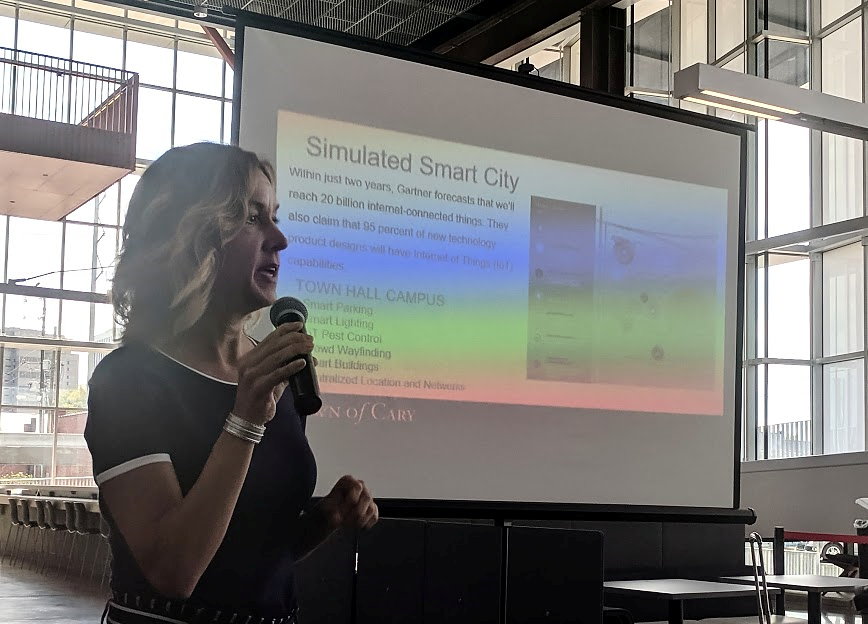 Raimundo made her point at the recent US Ignite Forum workshop on Smart City Big Data. Her conclusion is that the promise of smart cities won’t be realized by separating data sets into multiple walled-garden applications. That just compounds the problem of data that’s already segregated by bureaucratic systems and individual government departments. The goal now is to make data open and accessible regardless of the technology that created it. Open data means data that can be shared and analyzed in the context of a wide variety of other variables. Ideally it means reduced traffic congestion, faster emergency response times, and more efficient government operations as a whole.

Today, even the new sensor-based data that cities collect often comes in aggregate form from service providers, and that doesn’t help with data sharing. Jim Alberque, manager for GIS and emerging technology at the city of Raleigh, says that he would prefer to get unadulterated data straight from devices like the scooters that now roam city streets. In the future, the government may also want two-way communication with those scooters, and with other connected objects that impact civic life in public spaces.

In the short term, Raimundo believes it’s important that cities start to get a better handle on what data already exists. Equally important, she says that people who understand the value of new IoT data sets need to teach other people in government how – and how not – to make use them.

“Fundamentally if you don’t get it right, you can make some really big mistakes,” Raimundo said at the Forum event. “Because how good is a dashboard and how good is the reporting if the data’s wrong? And how good is it to share if we don’t have it in formats that are shareable? So I think there needs to be this real emphasis on data. I think it’s going to become a part at a basic level of everybody’s job.”

Raimundo notes that the city of Cary has paused its smart city test lab activities. In the interregnum, she’s planning a roadshow of sorts to share what her team has learned from the test lab with other departments. Only when more people recognize the possibilities of new IoT data – and some of the current challenges – will smarter cities start to become a reality.

Want more insights from the Forum event? Check out this article from RIoT Executive Director Tom Snyder. Thanks to RIoT for partnering with US Ignite on the Smart City Big Data workshop.