After nearly a year of painstaking planning and design, the POWDER team is now gaining rapid momentum in their physical deployment of the POWDER wireless testbed in Salt Lake City, Utah. But what does the nitty gritty of testbed deployment look like?

Let us show you.

There are several fixed endpoints being installed now throughout the testbed region, but before the installation process began, the POWDER team had to determine the best locations for those radio sites. They started out with computer simulation tests, but nothing beats real-world data. To assess signal coverage, the team created paper cup transmitters and measured output from different locations at varying heights and positions. Paper cup transmitter = paper cup + antenna + tape. See a prototype on display below. 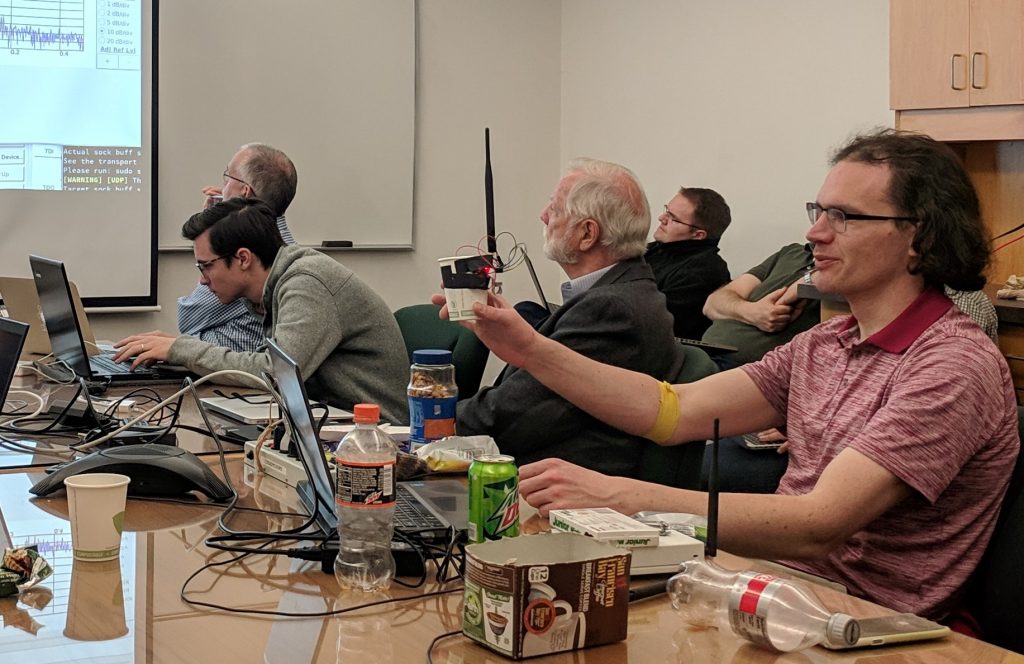 It’s an antenna. Taped to a paper cup.

Meanwhile, fun on the streets has been matched by fun on the rooftops. The first rooftop base station was deployed last month – a software defined radio node, and part of what will soon be a programmable, end-to-end platform for mobile research. Because the testbed is in Utah, however, there were some initial weather delays. Specifically, one POWDER team member had to shovel snow off the roof before all of the equipment could be mounted in place. Since it’s only March, there’s no guarantee there won’t be more snow shoveling before the rest of the base stations are deployed. 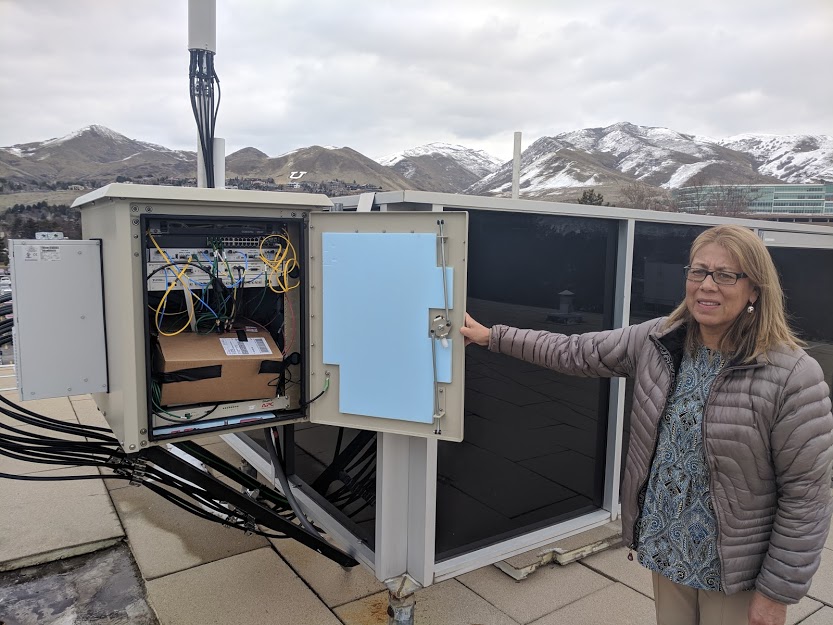 If paper cups and snow shovels aren’t exciting enough, rest assured there is more sophisticated hardware also being used in the POWDER testbed. Just this week, a massive MIMO system arrived in Salt Lake City from the contingent of researchers on the POWDER team based at Rice University in Houston, Texas. The system actually arrived a day earlier than expected. While it was still in boxes when this photo was taken, there were smiles all around. Massive MIMO will be a key component of next-generation wireless networks, and there’s a lot of R&D work that researchers will be able to do with this equipment. 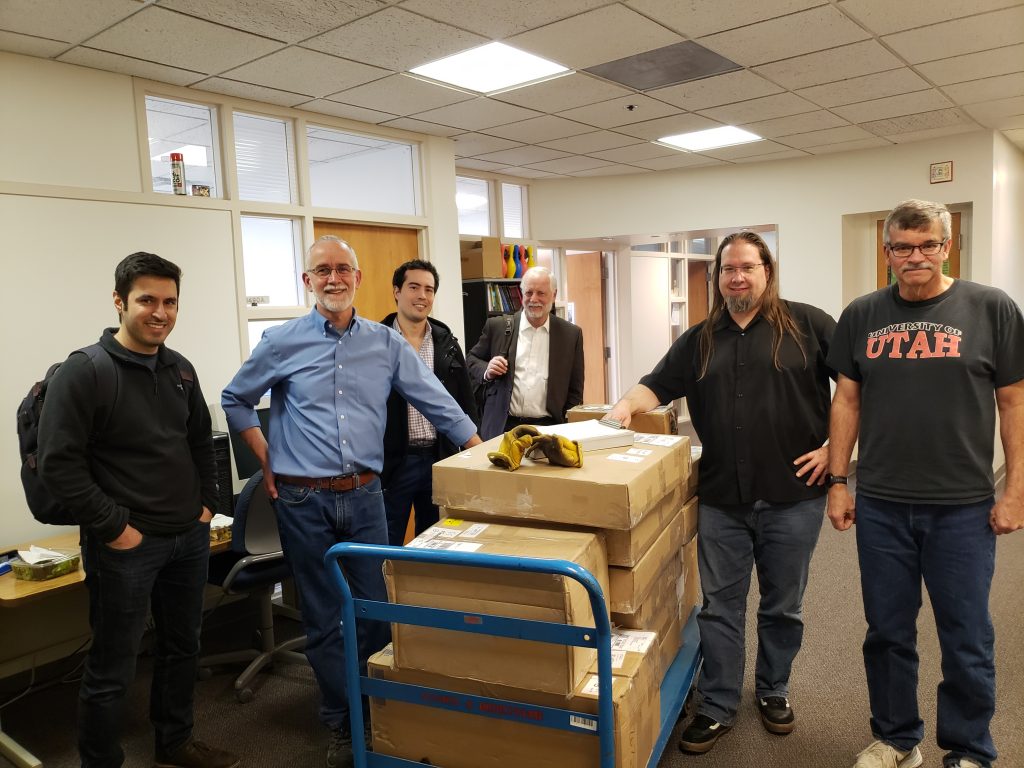 Work continues at the POWDER testbed site. Check back for more updates on the ground, and from the roofs, in the weeks to come.

NOTE: POWDER is part of the Platforms for Advanced Wireless Research (PAWR) program, launched by US Ignite and funded by National Science Foundation (NSF) and the PAWR Industry Consortium representing 28 of the nation’s leading companies and associations in wireless. The PAWR Project Office (PPO) oversees the research platforms and is co-led by US Ignite and Northeastern University.