A Connected Hub in the Silicon Prairie.

In Lincoln, officials came up with a creative solution to drive fiber investment. The city put conduit in the ground that private companies can use to house their own fiber for broadband services. Lincoln makes it easier for commercial providers to get their infrastructure deployed with the existing conduit, while also generating revenue through leasing agreements. 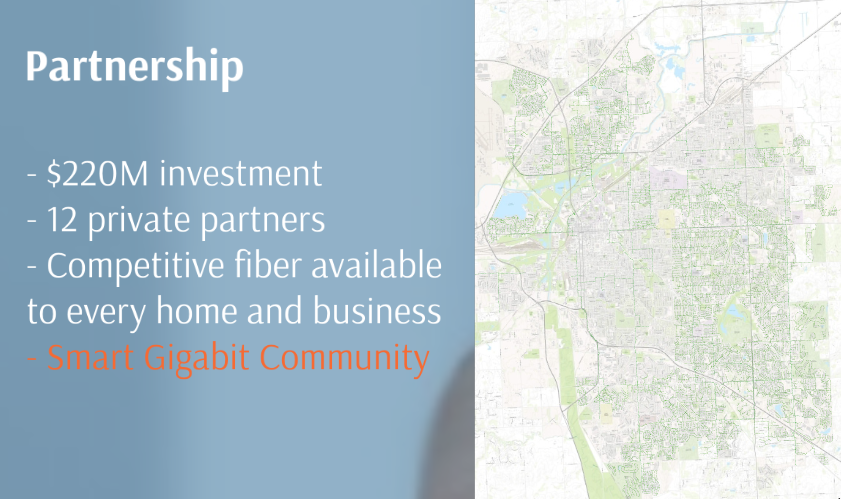 A Connected Hub in the Silicon Prairie.

Lincoln, Nebraska is young (median age of residents is 32), well educated (51 percent of adults hold a bachelor-level degree or higher), and dynamic (consistently ranking highly among startup cities in the “Silicon Prairie”). With highly-rated schools and top-notch quality of life, it’s a perfect place to start a family. For these reasons and more, Lincoln is rapidly turning into a popular hub for companies seeking a skilled workforce, as well as transplants looking for a modern city with a midwest sensibility—and it’s no longer a secret. City officials recognized early on that this recent boom presented a new challenge: if the movers and shakers of technology are coming to Lincoln, they’ll need (and expect) great internet.

In 2012, Lincoln’s civic leadership initiated the Lincoln Broadband Project (LBP). Today, with almost 500 miles of conduit leased to eight broadband companies, Lincoln’s businesses and residents are enjoying high internet speeds and low costs due to increased competition between providers. One of those providers is rising above the others: Allo. The company is more than halfway done with its project to bring fiber connectivity to all of Lincoln, which includes more than 105,000 residences and more than 20,000 businesses. Allo’s internet service is competitively priced but offers significantly higher speeds due to the gigabit technology underpinning it.

So how can you leverage this next-generation network for entrepreneurial and social purposes across the city? Lincoln city representatives are proposing that the best way to begin is with a digital town square, a fiber network allowing users to access gigabit applications and hardware from anywhere in the city, with a focus on smart spectrum management and universal accessibility.

In support of the Lincoln Digital Town Square, Allo is making a 10-gigabit carrier-grade connection available between the Ignite-Lincoln UNL GENI rack infrastructure and FUSE Coworking offices. For a small fee, FUSE provides startups, entrepreneurs, corporate innovators, freelancers, and telecommuters with physical working space, coffee, and blazing-fast internet powered by gigabit technology. Access will also be available via 1-gigabit connections from every Lincoln home and business connected to the Allo network.

With an all-fiber network, ubiquitous city coverage, and communal coworking spaces to anchor it all, Lincoln’s startup ecosystem will flourish, and the best is yet to come: city representatives are gathering Lincoln’s brightest minds through regular meetings with the sole goal of creating “what’s next” applications, an activity that will further stimulate creativity and entrepreneurship. A virtuous circle of progress and technology has always been possible in Lincoln, and now, the gears are turning faster than ever before.