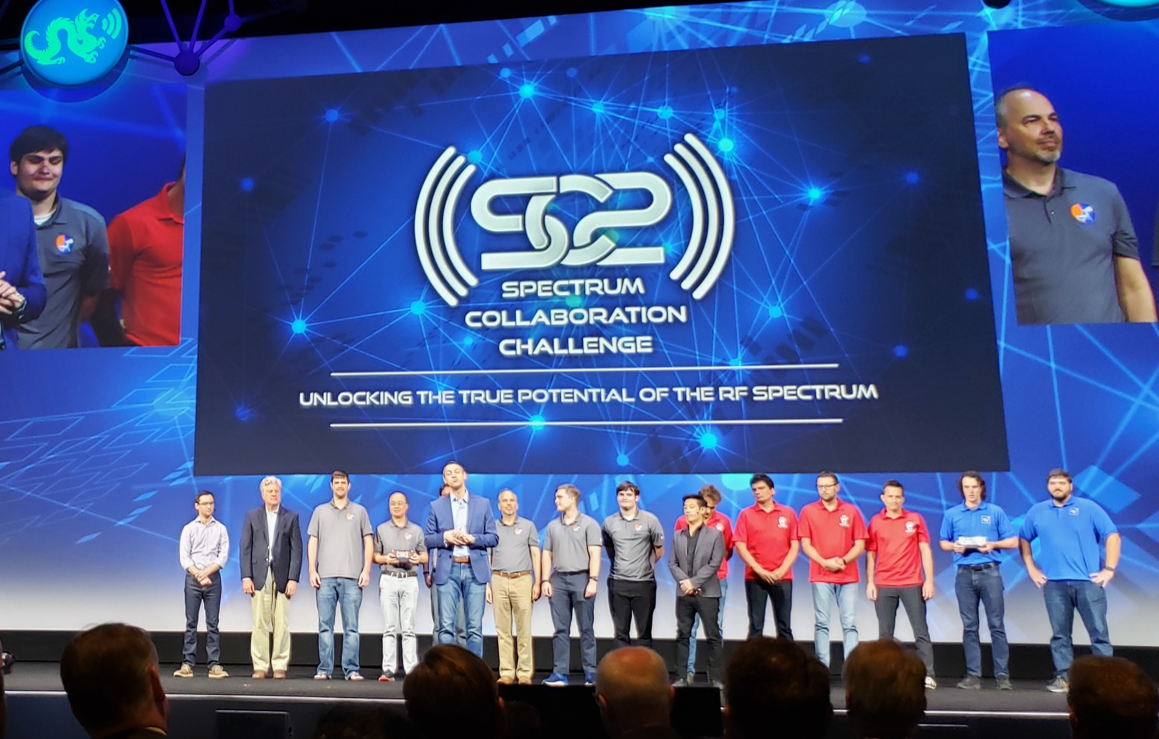 After years of effort, DARPA took the stage at Mobile World Congress Los Angeles to host the final match of its Spectrum Collaboration Challenge (SC2) – a competition run on a massive RF channel emulator called the Colosseum with 128 two-antenna software-defined radios and 64 field programmable gate arrays.

Ten teams competed in the championship event with their Collaborative Intelligent Radio Networks (CIRNs) to optimize spectrum use in challenging environments. These teams had to work together to maximize the potential success of each emulated scenario thrown their way, but also battle against each other for a chance to achieve the highest score in each round of competition. 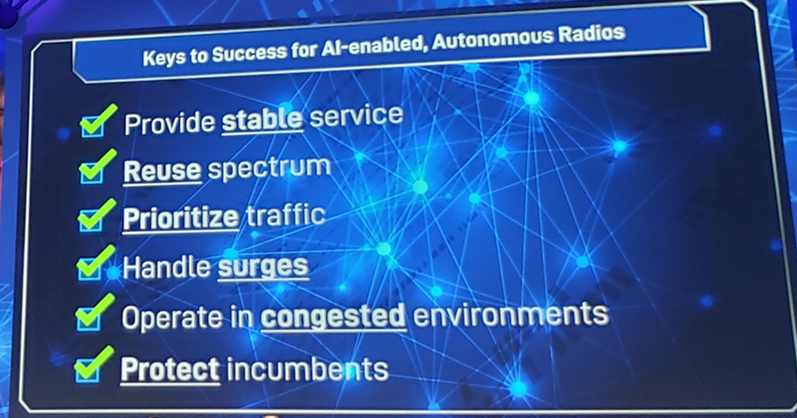 The results are potentially career-changing for the teams involved, but they also reflect a larger accomplishment by DARPA. The Defense agency has created the world’s largest RF emulator for repeatable radio frequency experiments, along with multiple tool sets for modeling how communication systems are likely to behave under a wide variety of conditions. The goal with these creations is to make it possible for researchers to experiment with ways to improve radio communication performance through dynamic adaptation to difficult spectrum environments.

Spectrum environments may include ones where numerous devices are trying to communicate in the same spectrum bands; where geographical and topographical features get in the way of radio signals; and where select data and applications have to be prioritized for delivery without interference. (See SC2 site for sample spectrum scenarios.)

Competing teams all built their own decision engines to handle the DARPA scenarios, relying on machine learning to overcome environmental challenges and optimize system performance. 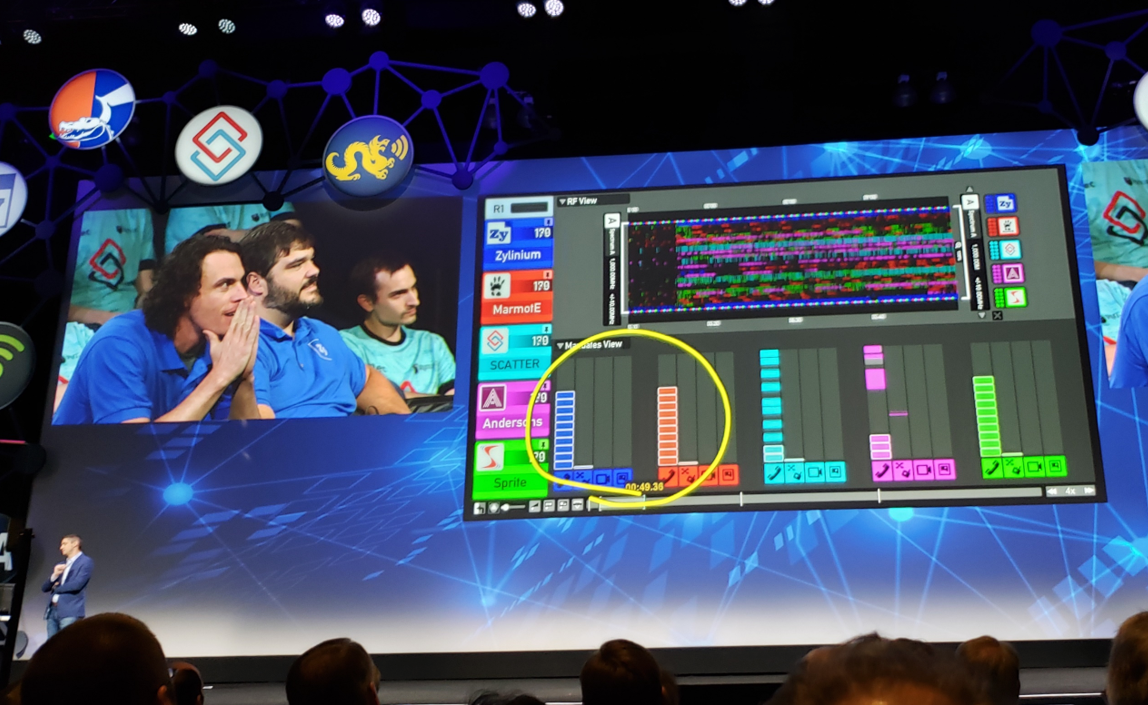 It’s no accident that the SC2 championship looked like an Esports event. Spectrum analysis technologies and the machine learning engines the SC2 teams built are not visual by nature. DARPA, however, had to show the impact of the teams’ work in a way that would be understandable and intriguing to a wider audience of wireless industry professionals. Doing so ensures continued interest in development, and can attract not only military and academic researchers, but also the private sector looking for its next commercial breakthrough.

As a next step, the Colosseum infrastructure that supported the Spectrum Collaboration Challenge is now transferring to the Platforms for Advanced Wireless Research (PAWR) program. Our partners at Northeastern University will host the physical equipment in Boston, and researchers will ultimately be able to run new experiments with the hardware, the SC2 scenario generator, and a new protocol developed by DARPA called CIRN Interaction Language (CIL), which allows CIRNs to communicate with each other and collaborate over any available data link.

Once the Colosseum is up and running again, the goal is also to connect it up with other resources in the PAWR program. We expect that researchers will be able to move from the Colosseum emulator to the PAWR program’s outdoor, city-scale wireless testbeds currently deployed in Salt Lake City, Utah and the West Harlem neighborhood of New York City, as well as to future testbeds in Raleigh, North Carolina, and one yet-to-be-named location.

We don’t know exactly where all of these integration efforts will lead, but we do know there are numerous research possibilities opening up. DARPA’s Spectrum Collaboration Challenge may be over, but further spectrum research with Colosseum and the PAWR program is just beginning.