The Innovation District in St. Petersburg, Florida has two smart city projects planned for 2019 as part of the Smart Gigabit Communities (SGC) program. To further STEM education, the team from St. Pete will develop an online recurring broadcast that connects University of South Florida (USF) College of Marine Science researchers to youth at local Boys and Girls Clubs. Together, researchers and these younger students will design and deploy sensor-driven projects to study marine life in the area.

St. Petersburg will also implement a smart lighting pilot program that connects four street poles at the USF St. Pete campus with sensors to monitor traffic and environmental inputs. Through a reverse pitch process, the team will engage with the university and surrounding community to define local challenges and solicit solutions that leverage the new sensors on site. 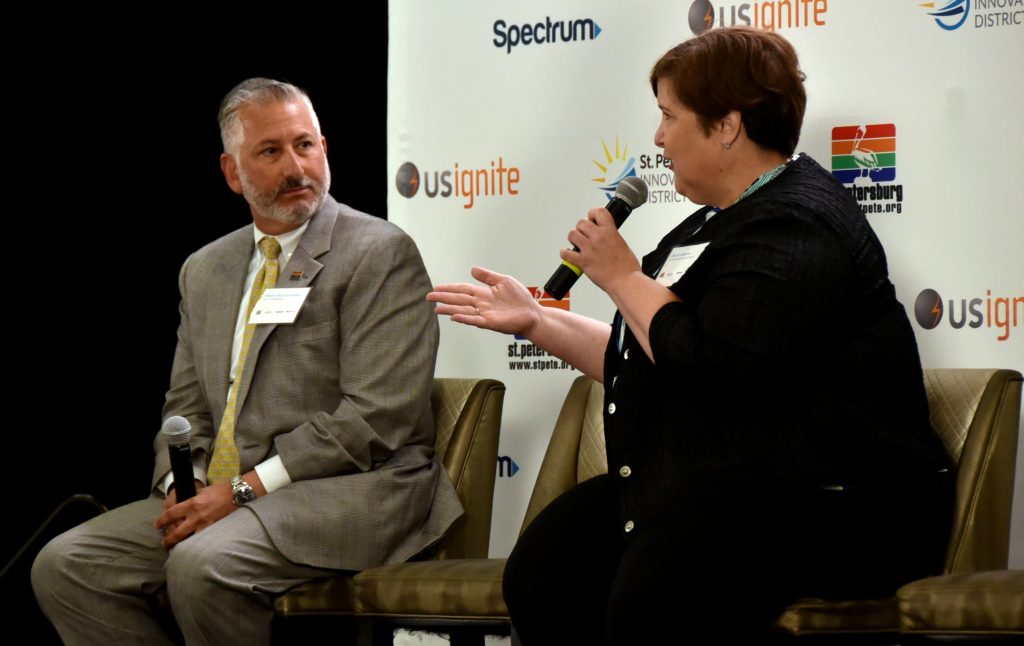 The dynamic waterfront town of St. Petersburg is home to a marine research hub, two hospitals, a university, and more. To capitalize on those institutions, and on the vibrant surrounding community, local leaders joined together in 2016 to form the St. Petersburg Innovation District. At its start, the Innovation District encompassed 520 acres south of the city’s downtown. Today, membership has expanded further, including groups even beyond those borders with an interest in the growth and development of St. Petersburg and the larger Tampa Bay region.

St. Petersburg joined US Ignite’s Smart Gigabit Communities in January 2019 with the Innovation District acting as the convener and testbed for the town. In partnership with Spectrum, a Charter Communications company, the city has committed to developing advanced applications that solve local problems, and to working across the public and private sector on innovations that improve the region’s prospects for the future.