A Commitment to Collaboration on the Coast. 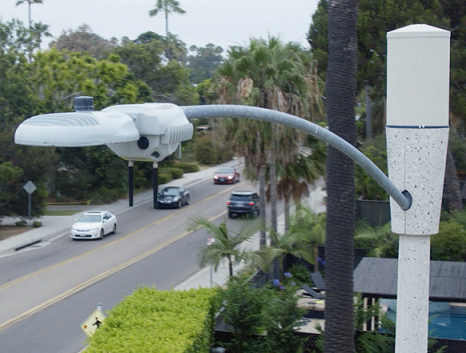 A Commitment to Collaboration on the Coast.

One of the most highly educated workforces in the world. More than 80 academic and applied research institutions within reach. A hotbed for venture capital, and an epicenter for healthcare and biotech development. San Diego is a place for people who want to make an impact on the world, and know how to get it done. A beach town? Not exactly.

However, as sunny as it is in San Diego, every city has dark spots—and to shed light on their solutions is easier said than done. The second largest city in California, despite all its successes, faces issues including public health and traffic congestion. To address these challenges city leaders partnered with Cox Communications to help bring the Smart Gigabit Communities (SGC) program to San Diego. Cox has invested more than $1 billion in the region to give residents and businesses the latest telecommunications advancements available and remains committed to deploying gigabit speeds.

Soon after, Cleantech San Diego and CyberTECH signed on as innovation partners. They help leverage programming like hackathons and other events to promote the program and identify key audiences, partners, and developers. They also look to integrate relevant projects already in development: for example, a recent initiative to integrate the traffic light system into a connected digital network is demonstrating signs of success. The city’s largest installation of the lights has shrunk overall travel time by 25 percent and the number of times cars must come to a stop during rush hour by 53 percent.

Recently, the City of San Diego also announced plans to become a “2030 District,” a high-performance building community that aims to dramatically reduce the environmental impacts of building operations and construction. The goal is to have a 50% reduction in energy, water, and transportation emissions in participating buildings by 2030. The gauntlet will be thrown to the innovators and entrepreneurs of San Diego to determine if a gigabit application can contribute to this plan—because in this beach town, anything is possible. building managers keep track of their efficiency, identify where to make improvements and ensure accountability. These technology solutions will support Chula Vista’s Climate Action Plan and sustainability targets while demonstrating how smart gigabit technology can make an impact on environmentally-focused initiatives.